November 15, 2012
Seventh-grade family dinner was an odd hybrid of a seventh grade dance, a family dinner, and a PTA meeting. Dinner was catered by a local restaurant and was delicious. Desserts were donated by parents and I had to keep my kids from going back for fourths. :)

The dance part of the evening included dance competitions, a hula hoop contest, and several popular group dance songs. For some reason, Trey did not come get me when they announced a parent-child dance contest. He did try to soften the blow later explaining that only the girls asked their parents to dance in the contest. :)

Trey had a great time but it became a little bit odd for Joshua and me to be sitting and watching the whole time. It did allow us to have a good time observing all of the other kids and their parents. One little boy especially made me smile as he was probably a kindergartner following the every move of his seventh-grade brother.

One teacher did make Joshua's day when she asked him if he was a seventh grader! It was funnier for me to say no this is my fourth grader ... that 5'7" kid over there is my seventh grader!

Some of the age old middle school dance stereotypes were very present as the boys gathered in huddles on one side of the room and the girls on the other. Modern differences were also visible, including a majority of the children videotaping some of the dances on their smartphones in order to post them on YouTube or Tweet them to a friend.

It ended up being a very fun evening and I was very happy to spend it with my two boys. 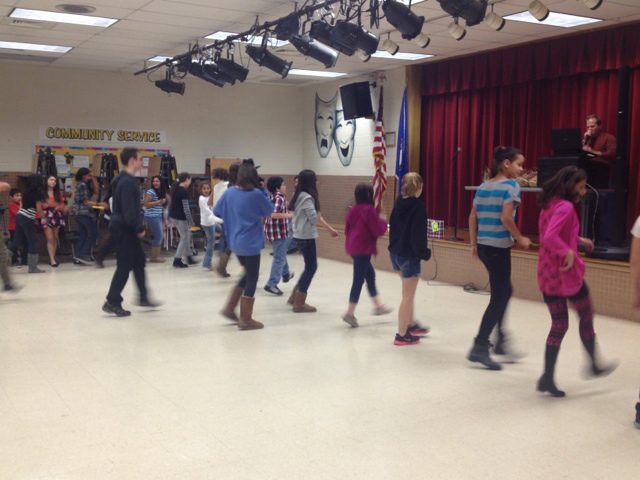 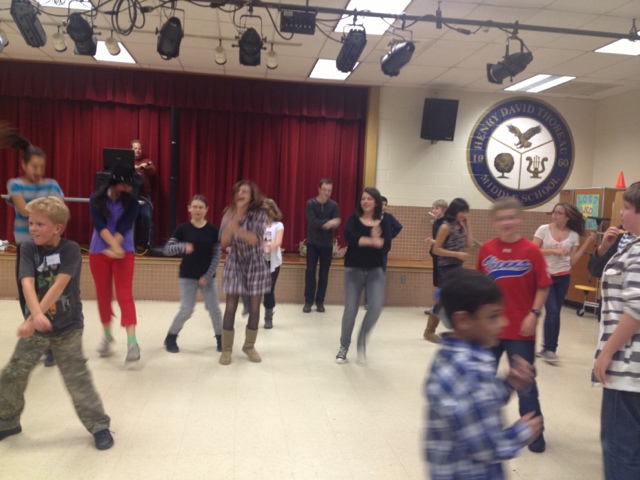 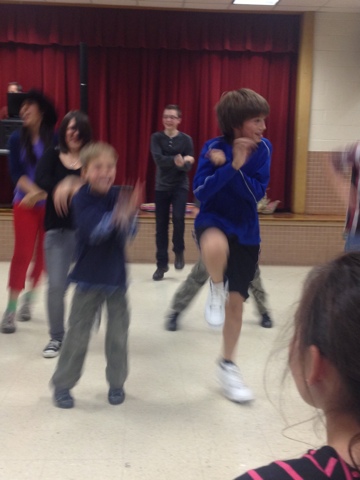 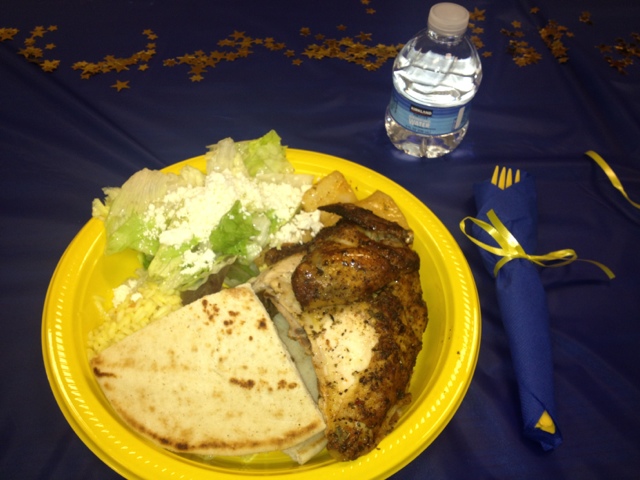 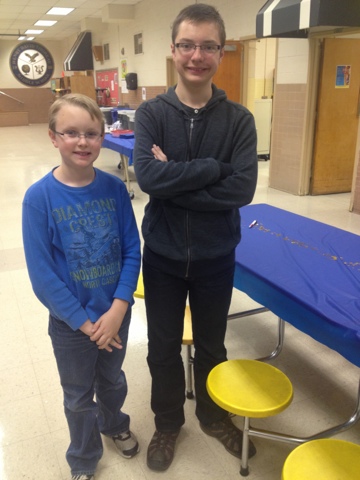 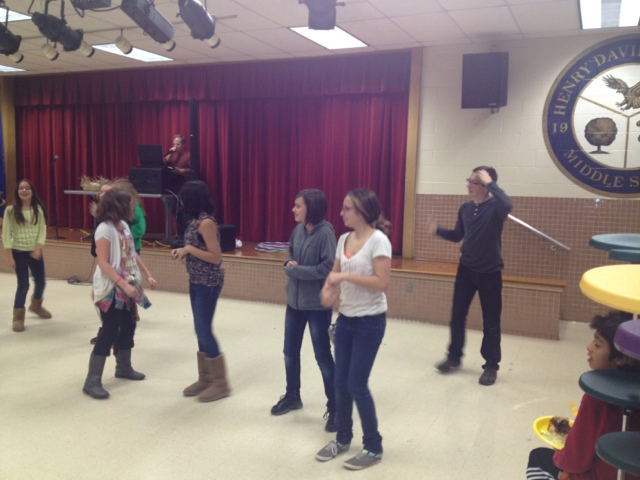 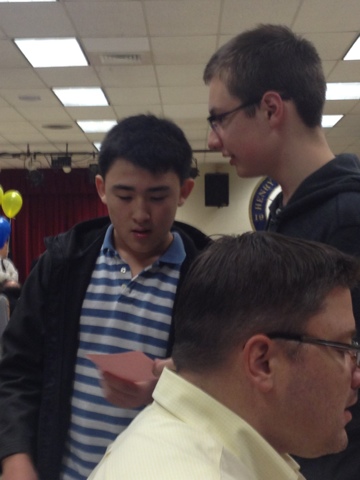 Popular posts from this blog

January 20, 2011
﻿Our battalion used this book at a recent Family Night event.  We wanted to have some meaningful activities for them to complete during the meeting and came up with a goody bag of things to do.  I'll post about that later, and use this post to talk about this adorable book that I now love.

At the meeting, we had a large room that we divided in half (half for adults, half for kids).  All the kids were together in one corner of the room with volunteers there to help.  One of these (fabulous!) volunteers read this book aloud to them to start the activities.

It's a sweet story; from the Amazon.com description:  Specifically written to address children's fear of being apart from the ones they love, The Invisible String delivers a particularly compelling message in today's uncertain times that though we may be separated from the ones we care for, whether through anger, or distance or even death, love is the unending connection that binds us all, and, by extension, ultimat…
4 comments
Read more

May 09, 2009
Photo: ADVON returning from a year-long deployment.

Okay, I have to admit that after 15+ years as an Army wife, I don’t know what ‘TORCH’ and ‘ADVON’ stand for. Something about advanced party … but there’s no ‘p’ for ‘party’ … so I just don’t know. I do, however, know what it means. It means your Soldier comes home FIRST!!

We’ve never had the honor of either of those designations. My husband somehow manages to get himself into the ‘stay-behind-and-make-sure-all is-well-out-here’ job and comes home late or last. Not that I’m complaining, though, as I am happy these TORCH and ADVON folks get here and get the place ready for everyone else to come home.

In a way, it’s reassuring to me. The wheels are turning, the process has begun … our unit actually is coming home and coming home soon! Homecoming becomes reality, not just a long-sought-after dream. It’s good to see our unit patch and our unit Soldiers back at home, on U.S. soil and on our Army installation.

The Change of Command Ceremony

April 14, 2010
Last Friday, my Family and I participated in the 2nd Brigade, 1st Cavalry Division change of command on Fort Hood, Texas.  Hubby became the battalion commander of the 3rd Battalion, 82nd Field Artillery Regiment and joined a wonderful group of "Red Dragon" Soldiers and Families.  It's a dream come true for us ... one of those things you hope in the back of your mind you'll get to do one day, but know realistically that the chances are slim you'll get to do it.

When I first saw his name on 'the list' that the Army publishes, I was elated for him.  No one knows more than I do his passion for the Army and for the Soldiers in it.  He is a wonderful leader and cares so much.  We both knew that this would be the adventure of a lifetime.  We explained this new job to our two boys (ages ten and six) as best we could and they kept saying, "We'll have 500 new friends on Friday!" as their summary of the discussion.  =)

The ceremony was amazing, a stand…
5 comments
Read more